Angular is a popular JavaScript framework from Google. With the new update, Angular has come out with its launch of version 6.0.0, also known as Angular 6. And with this new version, there’s a new Angular CLI launching. This version contains some new and trendsetting features. Also, many other new additions to round things off to make the old version more powerful. Version 6.0.0 has some new feature included and bugs fixed in the new version of Angular released recently.

A new CLI command which helps to seamlessly add new capabilities to your applications to update your project dependencies to their project latest versions.

It is a new command which helps you install and download new packages into the AngularJs web application services. Somehow it works same as npm, but it is not a replacement of it.

With this new update, there is no longer a need for web animations polyfill. You can remove this polyfill from your application and save approx 47KB of bundle size.

With the introducing of AngularJs web application development services new elements it enables to render your angular elements as native web elements and they’re defined as a trusted HTML element.

<template> element is deprecated: This new update comes with some major and some minor changes, one of them is now instead of <template> you can use <ng-template>. 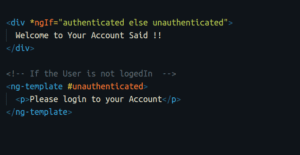 This affects the way may track an input value in your application. In Angular 6 new version it keeps track of all the updated new values.

The main aim of this new update of AngularJs version 6.0.0 is to reduce the compilation time and code size to make coding easier and organized. Also, with the update of AngularJs web development services, the single page applications and widgets have become super easy. All these steps are taken in AngularJs web application development services because it has a seen huge growth and adoption of this framework in the last few years. All these updates are hands behind developing single page application and widgets super easy. The main focus of the AngularJs web application services, version 6.0.0 is to make smaller components rather than the overall framework.

Prev Post Next Post
Copyright 2021 Windzoon Technologies - Web Development Company India. All Rights Reserved
We use cookies on our website to give you the most relevant experience by remembering your preferences and repeat visits. By clicking “Accept”, you consent to the use of ALL the cookies.
Do not sell my personal information.
Cookie SettingsAccept
Manage consent