Kotlin OR Java: Which is the Better Option for Android App Development?

From the day when the Kotlin declared as the official language for Android development in 2017 by Google at Google IO, the programmers who want to pursue a career in Android developers and want to join Android App Development Company are in a dilemma. The biggest question raise for them is whether they should learn Kotlin or Java. As, if you’re a complete beginner then the answer is Java, and if you’re a Java developer then the answer is Kotlin. Also, here are the pros and the cons of both the languages in detail, which can help you in making a decision about which language you need to learn.

Java programming is language is an object-oriented, which is now owned by Oracle. As a Java developer, you have a lot more job opportunities than just Android apps developer for Android Application Development Company. Java language allows you to spread your wings wider.

Easy to learn
Easy to understand
Perform well on native as well as cross-platform apps
Android is built on Java, so there are many Java libraries to your aid.
Java has a faster build process, which let you code more in less time.
Java apps are lighter and compact, which result in a faster app experience.

Java is a type-heavy language, it means here you need to write more codes, which over increase the chances of bugs and errors.
Java requires more memory compared to Kotlin language
Java can create some problems with the Android API design because of inherent limitations.

Kotlin
Kotlin an open-source, statically typed language, which is both functional programming (FP) and an object-oriented (OO) language. Kotlin came when Android Application Development Company needed a more modern language to add the qualities of Java and aid in mobile development.

Kotlin is faster to write if Java takes 50 lines of code, on the other hand, Kotlin takes only 1-2 lines.
For the transition from Java to Kotlin, the developer can use Java libraries and frameworks in Kotlin.
Kotline has much needed null in its system, which is missing in Java.
The Anko library is available for Kotlin, which help the developers and have a wide collection of projects on Github.

Kotlin shows a slower speed of compilation than Java.
Some features of Android Studio such as compilation and auto-complete runs slower in Kotlin
Kotlin is still new so here learning resources are limited and finding the solution for error is a little bit difficult.

At the end of the day, it’s all about what makes you more comfortable. To know more about Java and Kotlin language, Discuss with our Mobile Application Development Team of Windzoon Technologies – Android App Development Company. They help you make a better decision which helps you a lot in the future. 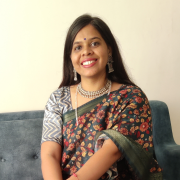